I feel extremely honored and lucky to have been nominated for the Liebster Award by the wonderful people are Nerd Kulture (you should definitely check out their blog). So here is a little thank you to them. And now, the rules.

The Rules of the Award

2. Answer the questions the tagger has set for you and create eleven questions for people you’ve nominated.

3. Choose eleven people (with fewer than 200 followers) to give this award to and link them in your post.

4. Go to their page and tell them.

11 Facts about myself (this is extremely difficult, I already used up 7 in the Dragons Loyalty Award, apologies if they aren’t very interesting)

3) I am slightly obsessed with the Sherlock Holmes books, but not so much the movies or the tv show.

8) I am a huge comic book fan, although I much prefer Marvel to DC

11) My dream job would to be a film maker, but I am too scared to even learn about films in depth.

11 Answers from the Nerd Kulture questions.

1. If you could have any superpower, what would it be?

I would love to have Professor X’s power, so probably mind control.

2. What’s your favorite cartoon growing up?

Recess or Pinky and the Brain

3. If you could punch any historical figure, who would it be?

George Bush (if that counts) or Stalin

4. If you could have dinner with any historical figure, who would it be?

5. Would you rather cut off your arm or your leg?

6. What is the funniest thing you have ever seen? 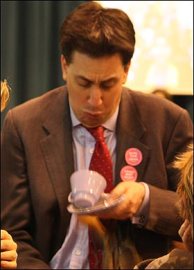 8. What makes you happy?

9. What is your favorite beverage?

10. What is the coolest place you have ever been?

Despite George Lucas, I will have to go for Star Wars, they are good films.

Here are my 11 questions to the 11 bloggers  I have nominated:

1) What is your favorite film?

2) What is your favorite book?

4) If you could listen to one song for the rest of your life, what would it be?

5) What is the cheesiest chat-up line you know?

6) What fictional character do you wish was real?

7) What 3 famous people would you have dinner with if you had to choose?

8) What are you most proud of?

9) Who is your inspiration?

10) What film can you quote word-for-word?

11) What is the worst film you have ever seen?

Now, my nominations… ( I have nominated some of you before, but I just love your blogs)

(I can’t check the amount of followers, but I think they all have less than 200, sorry for breaking a rule slightly)

Confessions of a Nerf Herder